You are here: Home / Asia / Japan / The Perfect Family Holiday in Japan by Train

Japan, known as the Land of Rising Sun, is one of the most picturesque countries in the world. Be it the innate love for the pink cherry blossoms, the surreal wisteria flower tunnel, or the memorial parks, the East-Asian country with its unique landscape is an ideal family vacation destination.

Since traveling in japan could prove to be bit of a costly affair, opt for train travel as it’s convenient and feasible. Japan is known for its punctuality and precision, and their railway network is no different. The trains run on time, follow the schedule to the T, and stop at the designated spot indicated on the platforms. You just need to follow the sign-boards to find the right carriage.

You would realise that most signs have an English translation under the Japanese signs and you would face no problem in finding someone who can offer assistance at big stations, such as Kyoto and Tokyo. However, if you wish to explore the lesser-known parts and small cities of Japan, then book train tickets in advance via International Rail to avoid the language barrier.

Below are 3 incredible attractions in Japan that you must see during your trip:

Kyushu is Japan’s third largest island, which is famous for its archaeological sites and Inari shrines. It’s encircled by the Japan Sea, the Pacific Ocean, and the East China Sea. Visit the Shimabara Peninsula that has good hiking trails, natural hot springs, and active volcanoes. It’s also home to Unzen Volcanic Area Geopark, Japan’s oldest National Park. With a JR Kyushu Island Pass or a JR Northern Kyushu Area Pass, you can comfortably explore and experience the island. 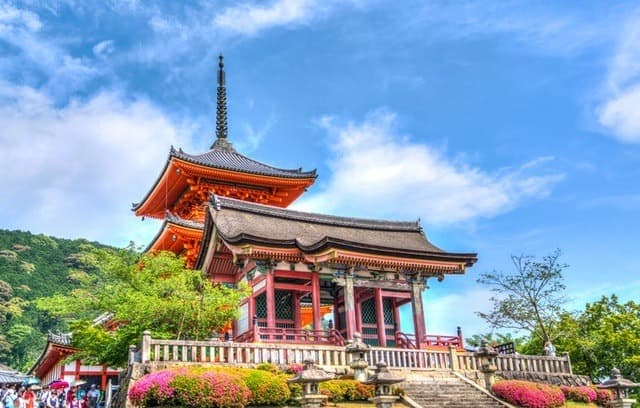 Hiroshima and Nagasaki are proofs of Japan’s resilience as they survived the atomic bombings during the World War II. Visit the Hiroshima memorial museum and park along with the Atomic Bomb Dome to witness survivor testimonies. If you buy the Hiroshima – Yamaguchi Pass, then you can also visit the Akiyoshidai Quasi-National Park and Safari Land in Yamaguchi.

A few other places that you could visit with a Japan rail pass in your hand are Mount Fuji, Hida Furukawa, Takayama, Miyajima, and Matsumoto Castle.

This site uses Akismet to reduce spam. Learn how your comment data is processed.

What Are You Looking For?

What is a flashpacker?