You are here: Home / Europe / A Bizarre Moonlight Escape in France

France is an amazing and diverse country. I’ve been to Paris, where history hangs over everything like a fog and every man made structure doubles as a symbol or an idea that somebody somewhere along the line was willing to die for. I’ve also been to Montpellier, where the Mediterranean sun gives everyone and everything a warm friendly glow. It’s a fantastic 98-361 country, with natural beauty that often gets obscured by the things humans dreamed of in and around it. The French people are also far friendlier than their reputation. If you haven’t been, I would encourage you to hop on an Air France flight and go.

However, I might be careful about WWOOFing in the South of the country. In my younger backpacker days, I had a bizarre week working on a farm for a crazy person that ended with me and a traveling companion hiking ten miles in the night to escape to the nearest small village, where we hopped on a bus to Montpellier.

Of course, this crazy person was American. Go figure.

World Wide Opportunities on Organic Farms (WWOOF) is a lose affiliation of organic farms worldwide that host and feed backpackers in exchange for work. It’s a great idea, and my traveling partner, we will call him Sauvé for reasons that are only funny to me, and I used our membership in this organization to have some great and rewarding experiences in Spain. In France, we contacted a man running a farm not far from the Spanish border by email to see if we could work on his farm for a week or so. Yes, it turns out, he had room for volunteers. But he insisted that we commit to a full month.

This was sort of weird. Why a whole month? We don’t know each other after all, what if he didn’t like us? Who commits to that long with a stranger? He also provided a link to his website, which showed a breathtaking house, actually more like a facility, in the Pyrenees that was run on solar panels, natural water filtration systems, and what looked like, based on the pictures, dozens of hippy looking backpackers mugging for the camera with beaming smiles.

Well, we figured, look how many people there are there. If 98-366 we have to do a month it probably won’t be bad because there will be people coming and going and it looked more like a hostel than a farm. We decided we were in.

We took a train and then buses out into the French countryside. It was truly one of the most beautiful rides I’d ever been on. The French have tiny towns, everyone living right on top of each other, that are nestled into pockets near mountainsides and rivers. 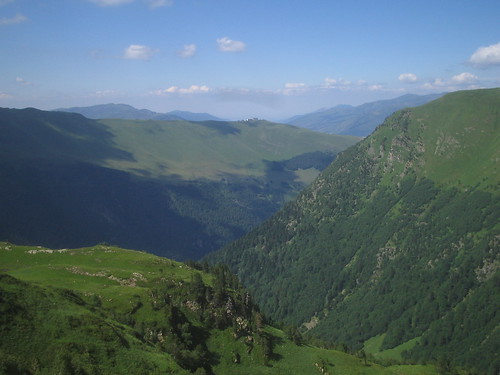 I was feeling very good about the whole thing and so was Sauvé. Then our host came and picked up in a van. He seemed friendly but when we asked him who else was at the farm, he told us that there was one girl there. One. And he seemed to indicate that that one person represented an unusually high occupancy level.

From there things got weirder.

was from the UK and when we arrived she greeted us like we were the only ones who came during visiting hours at a prison. When we finally had a moment alone I asked her if she thought there were more people here.

“Yes! The website made it look totally different!” she said. “I’ve been here alone for two weeks. It’s been…weird.”

She then explained how our host had asked her, politely yet firmly, to stay in her room when some family members had come by a week ago, and how he had given her the evil eye when she dared left her room to cross through the dining room to go outside.

“Thank god you guys are her,” she told us.

The property was breathtaking. It was on top of a mountain and there was a complicated all natural water filtration system running throughout the property. The house, which our host had built and had been expanding for years, was huge, and had several guest bedrooms for yoga retreats he occasionally led.

“You’ll be sleeping here,” he told us, and pointed to one of six or seven dilapidated caravans that rested permanently around the property. We thought this was weird, given that we could see mansion that he was staying in by himself. We thought it even weirder when I said something to the effect of “Sauvé, you can grab this one, and I’ll grab that one,” and he became visually perturbed that we would dare assume that we each got one of his seven empty caravans (keep in mind the bed each of these was a twin), you know, the caravans that sat outside of his house with four or five empty bedrooms.

Things only got weirder when we started working. It became clear, for whatever reason, that our host hated my traveling companion and loved me. He told Sauvé to go burn brush and explained to me the intricacies of running a house off the grid. He took me to town with him and bought me beer and scolded Sauvé for not paying close enough attention to his very simple orders. By the second day Sauvé and my host were openly antagonistic to each other, and I was left awkwardly in the middle.

Our host also had the very annoying habit of talking about everything in terms of energy. Things either had good energy or bad energy, and he, being the high minded person he was, refused to be around any bad energy. He also had a magic tree on his property, which he deemed magic for its energy quality, and when he showed it to it was clear something had recently taken a very large shit in front of it.

Things got weirder when Sauvé and I had an evening strategy session that followed our increasingly awkward meals, which weren’t complete until our host admonished Sauvé for doing the dishes wrong.

We decided we were going to leave. We were a week in, and there was absolutely no way were staying a month. He also had internet at his house, and he wouldn’t let us use it. We were a half hour drive to the nearest civilization. We were just going to have to ask for a ride out. We shared our strategy with our fellow hostage. She said she felt bad, that she had committed to a month, and that she only had a week left. We persuaded her to come with us, since it was only going to get weirder when we left. She said she would think about it.

We woke up bright and early the next morning, ready to clear brush or move rocks, and we saw our host leading the English girl to the van. She had her head down and wouldn’t look at us.

“I’ll be back!” our host yelled, his voice simmering with anger, and they both hopped in the van and left.

Sauvé and I were confused. But we got to work.

An hour or so later our host returned. He was fuming.

“She said she would stay for month and she pulls this shit! I should’ve made her walk!”

We asked what she had told him as her reason for leaving.

“Family emergency,” he said while providing air quotes with his hands. He told us how awful wwoofers were. He told us that next time he wouldn’t give someone a ride that pulled something like that. He, for some reason, was furious.

She had stolen our plan!

So we hatched a new one. We would wait till dark and sneak down the mountain. We figured it was about ten miles. We had our backpacks, both probably around 50 lbs., and we would have to make the trek in the dark. It wasn’t going to be easy. As we planned our escape, we realized that this was the best way to do it. We realized as silly as it was, it was going to be a great adventure.

So we set out in the night, having to pass by the house to the drive way which led to the road. We ran as fast as we could. We hoped there were no cars.

After about two hours of hiking the sun had come up. For some reason we had it in our heads that he might drive looking for us if he realized we weren’t there. Every car that passed, and there weren’t many, made our hearts beat furiously. It was a five hour hike. We passed back and forth the one iPod we had between us. 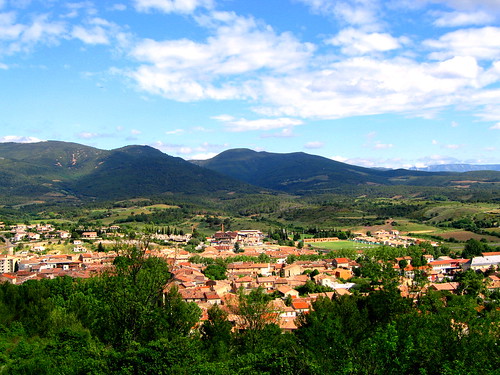 When we made it to the tiny village with the bus stop, the only real civilization we saw on our whole trip, we collapsed on the little bench. A few villagers looked us

over but generally paid us no mind. We got on the bus and we began laughing hysterically at what a stupid getaway it had been, and also in relief that we were finally out of there and could eat some real food and not be criticized for the quality of our energy.

A woman asked us where we were going. We said we didn’t really know. We said we were traveling. She nodded and told us to go to Montpellier. That was the place to see. We asked her what was so great about it.

We laughed, imagining another moonlight escape.

File this story under “reasons I’ve become a Flashpacker.”

This site uses Akismet to reduce spam. Learn how your comment data is processed.

What Are You Looking For?

What is a flashpacker?